Ratio Podcast is a program for intellectually curious people. We’re having informal conversations, connected with or inspired by science. Bear in mind, we’re not experts on basically anything – but thankfully most of our guests are. Beyond the podcast, Ratio is a series of events with a focus on science and critical thinking. Our goal is to basically make science sexy again. Episodes are done both in Bulgarian and English, depending on the guest we’re having for the show.

Listen to the Ratio Podcast by RSS, find us on iTunes, Stitcher, and SoundCloud. 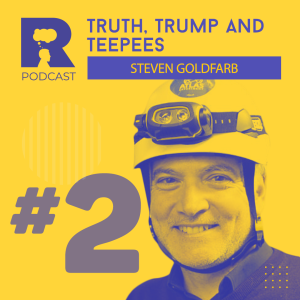 We recently held our second big event this year – and our biggest one to date! We welcomed several interesting speakers, one of which was dr. Steven Goldfarb. Steven is a particle physicist working on the ATLAS experiment in CERN and ATLAS’s Outreach and Communication Coordinator. As such, he has been overseeing the worldwide communication of the Higgs boson discovery of 2012 and speaks at major popular science events basically everywhere.

At our event, he spoke about the work at the LHC and such sexy topics as dark matter and dark energy – you know, those 95% of our Universe we basically know nothing about. In the interview, we go to a bunch of crazy places such as fake news, politics, how to communicate science, how science is perceived by society.. oh, and obviously there’s a bunch of Trump, as well. Listen in!