Ever since a caveman decided to rub two sticks together and run the first experiment in combustion mechanics,mscience has played a major role in improving our everyday. We often think about scientists as people relegated to highly specialized laboratories – but science seeps into our everyday, builds growing businesses, and changes our world for the better. Science entrepreneurship and commercialization transform the present into the future.

Future Present is a full day conference that showcases the intersection of science and business. With it, we want to showcase the global aspects of science commercialization, the startup ecosystem in Bulgaria and the ways local entrepreneurs leverage science to change the future.

The event is organized under a program of and with support from the European Space Agency (ESA).

You can watch a recording of the event on demand with a virtual ticket: 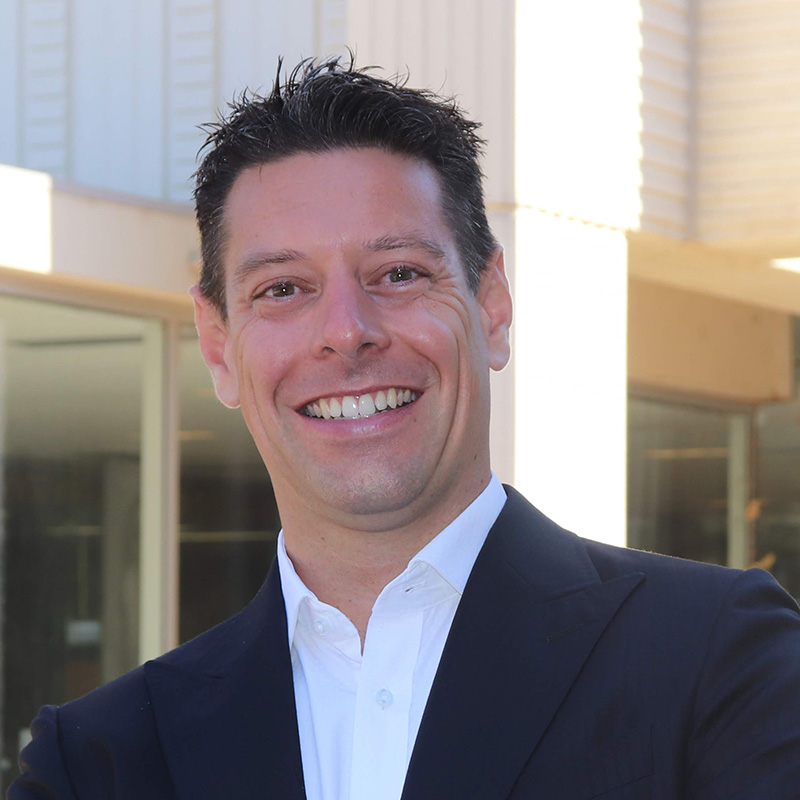 The future of private astronauts

Commercial companies are already working with government organizations and the first private space station will soon be a reality. We’re not too far away from seeing the first professional mprivate astronauts.
Being an astronaut takes a lot of work. The training takes 17 weeks and includes field and survival trainings, learning to pilot aircrafts, working with space suits and space equipment, training in orbital mechanics, and more. We will dive deeper and imagine the future of private spaceflight.

Simon Jenner is a Recruiter of Private Astronauts at Human Space Flight Business Development at Axiom Space. Axiom is currently in the process of building its capabilities to maintain the first private space station in the near future. It’s currently working with NASA, ESA and the ISS for adding new modules and segments to ISS as a foundation in developing the future station. Simon holds a master’s degree from the International Space University, where he had the opportunity to be a part of and work in many amazing organizations and projects. 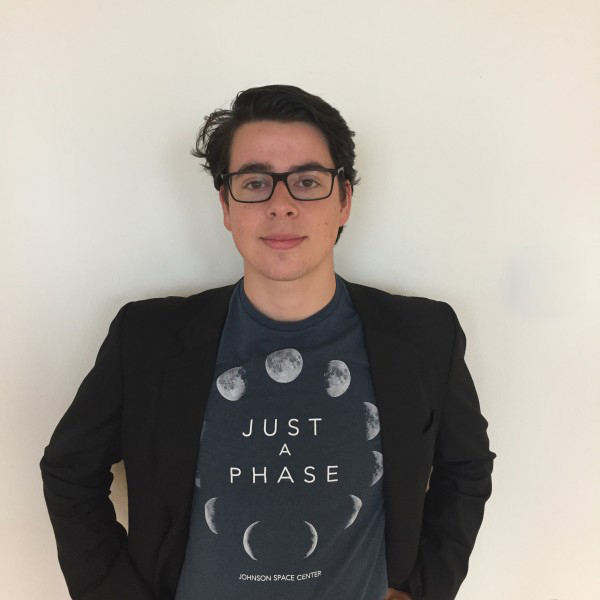 Using lava tubes for human habitation on the Moon and Mars

Whenever we imagine our future Lunar or Martian bases, we’re thinking about domes on the surface. But is there another way? Lunar and Martian lava tubes are still generally unexplored, while they can possess great housing potential. Would we be able to live in them instead? Several real-life simulations show that the answer is a resounding “Yes.” We’ll take a peek into our future homes.

Marc Heemskerk is an exogeologist at the VU Amsterdam and a project coordinator within EuroMoonMars. In collaboration with ESA, he have supported several student and young career scientist missions, e.g. coordinator of the Dutch IGLUNA team in its pilot year. He has constructed concrete building blocks from lunar and Martian analogue soils, and acted as the Lead Scientist during the third EMMIHS mission at HI-SEAS. At this Hawaiian lunar-analogue campaign, he focused on the discovery and exploration of lava tubes, by using magnetometric and gradiometric data, for potential extraterrestrial habitation. His latest mission, called CHILL-ICE, takes us to a lava tube in Iceland, where the first steps toward lunar lava tube habitation are being taken. 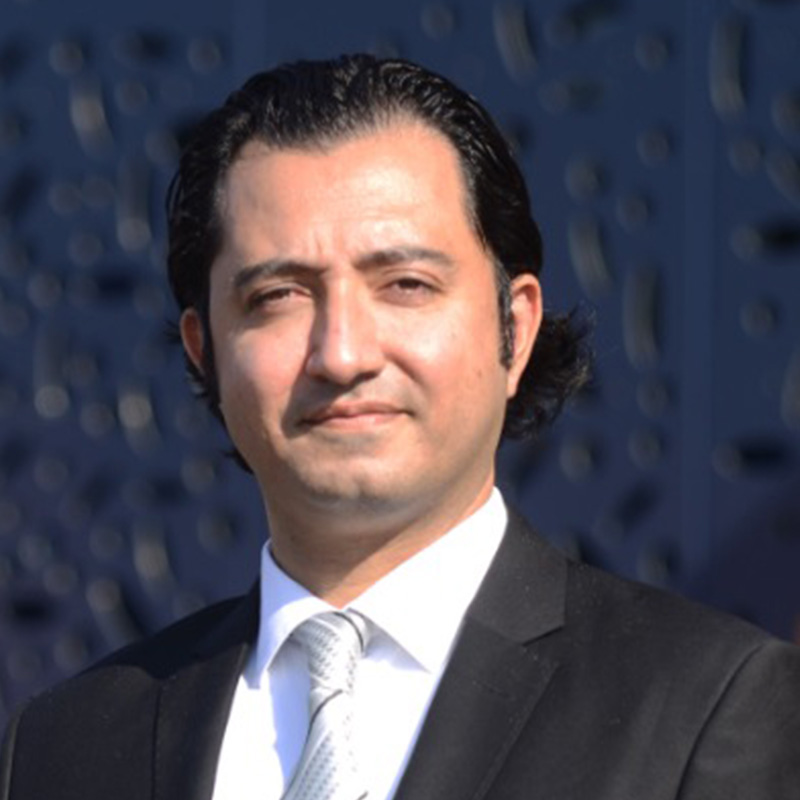 Space security of the future

Space technology development has reached a turning point, transitioning from a phase of discovery to phases of commercialization and inevitably this would open the topic about enforcing law in space and space security. Different countries need to have means of defending their space assets from foreign intervention.
Opening the discussion on this sensitive topic among the general public is vital in order to secure a future of security and prosperity both on Earth and in space.

Halit Mirahmetoğlu is currently the General Manager at Gokmen Space and Aviation Training Center in Bursa, Turkey – one of the biggest aerospace museums with more than 20000 square meters of exhibition area, opened in 2020. Previously, he has been consulting for the GOKTURK1 High Resolution EO Satellite Project. Apart from Ground Station Technical Trainings, he delivers training courses on communication and project management in the space industry field for the European Commission and various NGOs as a freelance trainer and consultant. 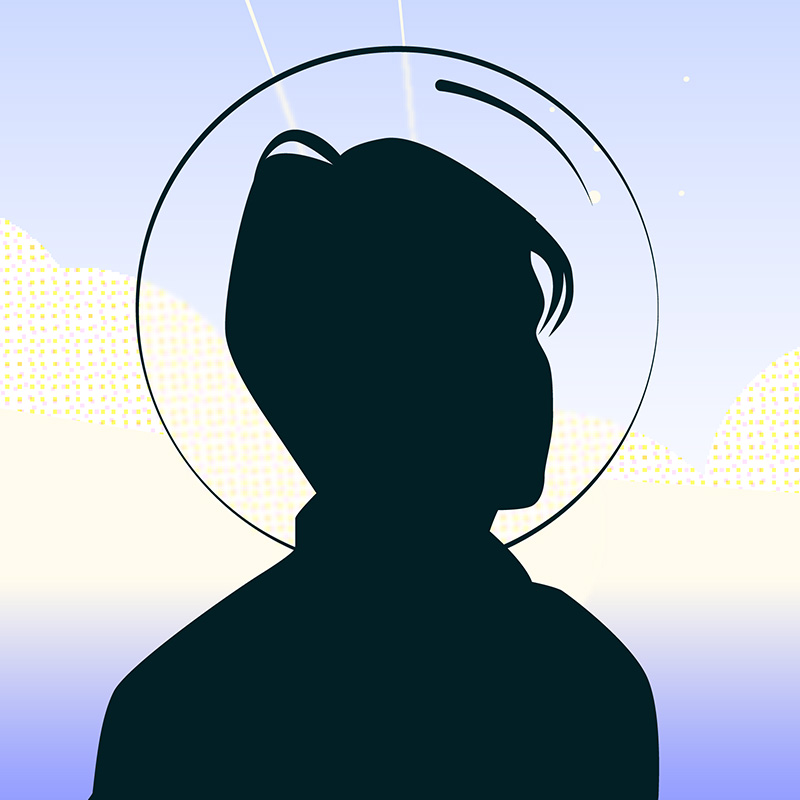 The future is already here! There are a lot of Bulgarian companies that are working on the forefront of bringing science fiction into our everyday. Space technology, biotech, agrotech are just some of the fields we’ll explore. Startups will present their work and their entrepreneurial journey so far. From launching nanosatellites to printing organs, saving bees, making high-protein food available and sustainable, we will see how science builds businesses today and our future tomorrow. We will also cover topics relevant to those who are dreaming of starting their own science enterprise. We’ll talk about funding opportunities, MVP development, hiring skilled professionals, and more.

Fireside chat: How to build a science startup

A good idea is insufficient to build a successful science project. The entrepreneurs need to find ways to attract resources and persuade investors and partners about their concept’s merit. This task is not always easy and it requires science entrepreneurs to understand the ways venture funds, private investors, and grant and government contract programs assess new proposals.

Together with seasoned investment experts and serial entrepreneurs, we will take a look at the different ways that a scientific idea can become reality.

Sasha Bezuhanova is the founder and chairperson of MOVE.BG. She is a senior executive, angel investor and philanthropist with a 20-years executive business career in HP and a multi-dimensional track record of service to society.

As part of the venture fund Vitosha Venture Partners, Kamen Bankovski is focused on investments in early-stage companies. He has taken part in and mentored many startup companies in Bulgaria and the region.

Lino Velev has co-founded multiple tech startups and service companies. Most recently his work revolves around applying internet company go-to-market and growth tactics to life science businesses and is looking into investing in the field.

The success of a science startup is based on a collaboration between entrepreneurs and scientists. Where can they meet and how can they collaborate for faster commercialization of scientific ideas? What’s the role businesses play in the development of scientific talent and how can it play together with academic institutions to achieve this goal? The discussion panel will show how teams are created at the intersection of business and science.

Kristina Eskenazi is a founder and member of the managing boards of Health & Life Sciences Cluster Bulgaria (Chair), Bulgarian Bio-scientific Society, Artificial Intelligence Cluster Bulgaria and Bulgarian Employers’ Association for Innovation and Technology. She is a national contact point (for Bulgaria) for cluster Health next to Horizon Europe.

Elisaveta Peneva is the Head of „Meteorology and geophysics“ in the Physics Department of Sofia University. She represents Bulgaria in the User’s Forum of the European Commission’s Copernicus Programme. She is also one of the founders and leads of the SpaceEdu4BG education initiative.

Zdravko Dimitrov is the co-founder and CEO of Sfera Technologies – a company that’s working on decentralized data collection from satellites. He is one of the driving forces behind SAT-1 – a non-profit organization aiming to build and launch a small satellite into orbit.